How many times have you heard the meme “Natural gas is the bridge to the future”?  We’ve known for years that is not true, but now we can quantify exactly how much ‘natural’ gas — that is, fracked gas or fossil gas — can contribute to solving the climate crisis.  It’s an important number: Zero. Zilch. Nada. Nothing. A Goose Egg. A Shut Out. In fact, a complete myth.  Let’s call this fallacy the Methane Myth, and it is past time to end it.

A top national leader in fighting this obsolete belief for many years now, Sierra Club Executive Director Michael Brune just struck a blow in the national press against Oregon’s own worst, most dangerous, most destructive fossil fuel exploitation project: the scheme to bring fracked gas from Canada and/or the Rockies through Southern Oregon for liquefaction in Coos Bay and export to Asia.

Brune created his own brilliant framing on the Methane Myth in a 2013 debate on fracking sponsored by The Economist, when he summed it up: “Natural gas is not a bridge: it’s a gangplank.”  Sierra Club has long been the top eco-group fighting coal, and on Brune’s watch has dramatically expanded its national leadership as one of the key players against oil and gas as well.  Brune, working with leadership from the Member-elected national Board of Directors and with strong support from the seasoned executive team he’s built and strengthened,  and the rapidly-diversifying national and local staff, has also led the Sierra Club into its most innovative and ground-breaking evolution yet: a deep commitment to environmental justice and its growth, social justice and immigration, and the fight against income inequality and for green jobs.

The OCI report on greenhouse gas (GHG) emissions from the proposed Pacific Connector Gas Pipeline & Jordan Cove Energy Project (JC/PC) is the best assessment that has ever been done and is summarized in this press release.  The OCI evaluation of the climate devastation that this Canadian fracked-gas export scheme represents includes three key components:

IMPORTANT: Please download this vital report.  And please distribute it and Brune’s analysis of it far and wide!  Generations to come thank you! 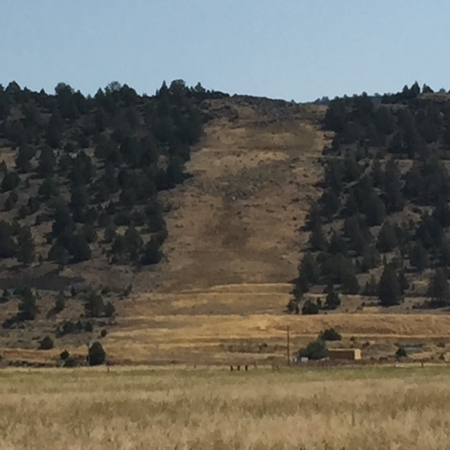 The end of the Ruby Pipeline near Malin, Oregon, bringing fracked gas from the Rockies to the interstate interconnection point where the Pacific Connector Gas Pipeline would begin.
Photo: Ted Gleichman

Can Portland leadership help stop the largest, most dangerous, and most devastating fossil fuel scheme in state history?

We are in “round three” of trying to stop Canadian energy speculator Veresen, Inc., from slashing a clearcut through 235 miles of public forest land, farms, ranches, homes, and communities for an explosive fracked-gas pipeline, Pacific Connector Gas Pipeline.  This 36-inch diameter monstrosity would carry Canadian fracked gas from the interstate gas pipeline hub near Malin to Coos Bay, on the coast.  (The Malin pipeline hub is 334 miles from the Oregon Chapter office in Portland.) 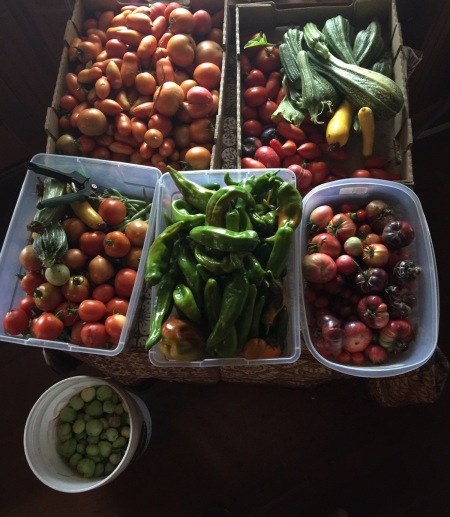 In Coos Bay, Veresen plans a massive industrial terminal to export this Canadian gas to Asia as LNG (liquefied natural gas): the Jordan Cove Energy Project.  Pacific Connector/Jordan Cove (PC/JC) would become the largest greenhouse gas polluter in Oregon.  Oregonians have been fighting to stop this for almost 13 years now.

This scheme is the Trump Regime’s top energy priority now, after Keystone XL and Dakota Access Pipeline.  So how can we who live in Portland make a difference?

Easy! … and hard: basic grassroots organizing.  Here’s the deal: Two-thirds of the Democrats in the Oregon Legislature live in the Portland Metro area.  They need to be part of this fight, and you can help!

Oregon Chapter and Columbia Network are key leaders in developing a new multi-organization action team, Stop Fracked Gas/PDX.  We are asking Sierra Club Members and supporters to join us in educating and persuading our State Representatives and Senators on how they can make a difference.  Down the road, we expect to work with other stakeholders as well.

To join in, please email me for the simple details for the next step.

Portland Democrats must not support the Trump fossil fuels agenda !!!

Comments Off on Fighting Fracked Gas, 334 Miles Away |