This is the story of amazing Sierra Club volunteer, Dave Stowe! And his journey to protect and keep Waldo Lake wild. 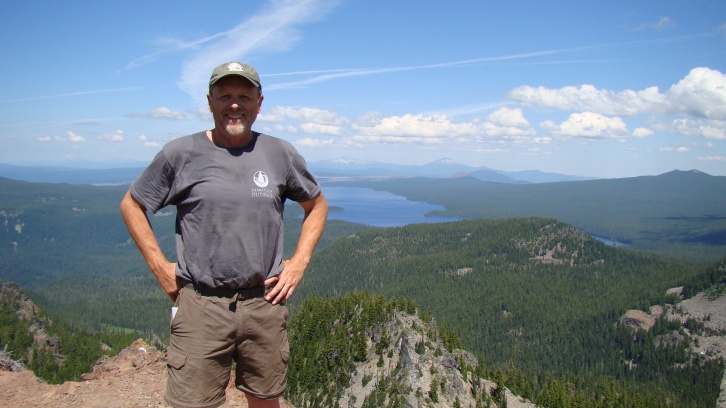 Dave Stowe grew up in Bend back when it was an eighth of its current population. There was no sprawl of development, be it extensive housing or tourism infrastructure. No, in those days where the city ended, the forest began.

Long before he was campaigning to get wilderness designations in Oregon, Dave was hiking the region when the Wilderness Act was first passed in 1964. He spent his childhood camping, paddling, hunting, fishing, and generally exploring the mountains, lakes, and desert surrounding his family home, spending countless hours and nights outside. In fact, the Stowes have lived in Central Oregon for generations, well prior to Oregon becoming a state, so Dave’s childhood was full of not only his own stories of adventure in the woods, but his grandparents’ memories of those same meaningful places, and their stories of their grandparents there before them.

In the early 1990s while living in San Diego, Dave joined the Sierra Club as a volunteer, bringing with him his deeply-held passion for the environment and his inclination to find common ground.  Though he spent a number of years fighting land subdivision in Southern California, it was not until Dave came home to Bend that his work with the Club really clicked.

Dave returned to a Bend he didn’t recognize.  Development was rampant in his eyes, and the old, natural boundaries around town were getting overrun.  But after heading out to a roadless area a mile up in the Cascades where he hadn’t been for three decades, he had a renewed sense of connectedness.  That special place was Waldo Lake.

Thus, the Keep Waldo Wild campaign was born in 2011, largely out of Dave’s desire to protect the area in perpetuity.  But Waldo Lake was not simply another location to designate; it was a lake so unique and important that Dave knew it would quickly become a rallying point– plus the location of our ever-popular annual campout.

That’s because, as Dave likes to explain, Waldo is perhaps the single purest lake in the world, an ultraoligotrophic (extremely low in nutrients) water body that collects its water from rainfall and snowmelt in the surrounding old-growth (which just so happens to be the state’s largest stand of ancient Mountain Hemlock) rather than from an inflowing river.  It’s hard to describe how clear Waldo’s waters are without seeing them in person, but two points lend a hand in visualization.  First, paddlers often comment that they feel they’re “flying” or “floating on air” due to the clarity of the water. Second, the underwater visibility, which can extend for over 150 feet, rivals or exceeds that of lab-distilled water. 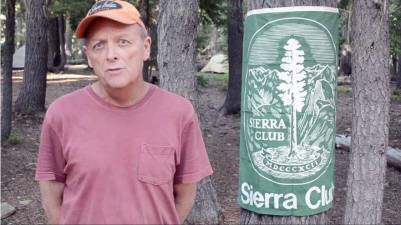 Waldo is home to an impressive array of wildlife too.  Pileated Woodpeckers, Spotted Owls, Sooty and Ruffed Grouse, and mid-sized carnivores such as Pine Martens and the rare Pacific Fisher can all be found in the area, while Wolverines are suspected of using the region as a migration corridor. Luckily, development is noticeably absent from Waldo.  As the second biggest lake in Oregon, it is possibly the only large lake left in the west that is still commercially undeveloped.

While Waldo is surrounded on three of four sides by Wilderness area, the Southeast, although somewhat protected, lacks an equally permanent protection designation.  But Dave is working to change that.  After a push to successfully ban seaplanes and gas-powered motorboats on the lake (in which the state marine board received the highest volume of letters in its history), the next step was to get the remaining tract–around 75,000 acres of lakeshore land–designated as a Forest Conservation Area, a rare proposal for National Forests, but common for the Bureau of Land Management.  And while the old strategy for protection had revolved around litigation, Dave strived to reach out to diverse interest groups, befriending timber lobbyists and mountain bikers alike.  In this way, the new designation would preserve ultrarunners and mountain bikers’ current trail access in the areas that were most important to them, and set aside the remaining acreage as pure Wilderness, thus creating a win-win for all and satisfying the Club’s environmental goals, allowing Waldo Lake to remain perfectly clean and clear for future generations.

Ultimately though, this designation will require a bill in Congress, an unlikely proposition at the moment considering the state of politics in Washington, D.C.  In the meantime, the Keep Waldo Wild campaign will continue to work just as ever to protect and preserve this beautiful area of Oregon.  Your ongoing support is what makes this work possible and empowers volunteers like Dave!

This entry was posted on Tuesday, September 26th, 2017 at 2:40 pm and is filed under FORESTS. You can follow any responses to this entry through the RSS 2.0 feed. Both comments and pings are currently closed.